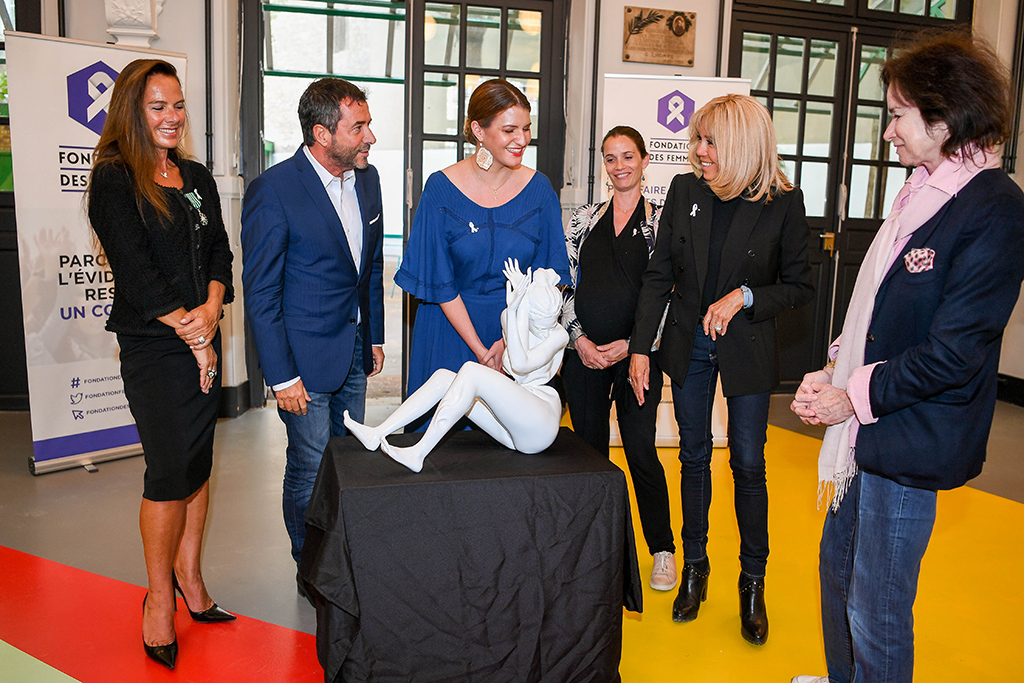 The inauguration ceremony of the sculpture Wrapping Women and Violence was held on 9 June 2020 at the Cité Audacieuse, in the new premises of the Women’s Foundation at 9 rue de Vaugirard in Paris, in presence of Ms Brigitte MACRON and Ms Marlène SCHIAPPA, Secretary of State for Equality between Women and Men.

Also present were Bernard MONTIEL who made this event possible, Anne-Cecile MAILFERT, President of the Women’s Foundation, Sylvie Pierre BROSSOLETTE, President of the Mission of Prefiguration of the City of Equality and Cécile RANCOULE, Head of Corporate Philanthropy.

This sculpture will be sold at auction for the benefit of the Women’s Foundation.

Domestic violence does not stop at the end of confinement, it continues.

COVID-19: Contribute to the emergency fund

We use cookies on our website to give you the most relevant experience by remembering your preferences and repeat visits. By clicking “Accept All”, you consent to the use of ALL the cookies.
.
Cookie SettingsAccept
Manage consent

This website uses cookies to improve your experience while you navigate through the website. Out of these, the cookies that are categorized as necessary are stored on your browser as they are essential for the working of basic functionalities of the website. We also use third-party cookies that help us analyze and understand how you use this website. These cookies will be stored in your browser only with your consent. You also have the option to opt-out of these cookies. But opting out of some of these cookies may affect your browsing experience.
SAVE & ACCEPT